It’s no secret that the world loves photography. The entire discipline has come a long way in a relatively short period of time, and that has been driven by the demand for better and better equipment and greater access to photographs.

For a child growing up in the world of today’s modern technology – and even for some adults –  where most people carry a device that’s portable computer/communication device/high-definition camera all rolled into one, it might be a shock to learn that photography started out as an incredibly complex process involving dangerous chemicals in darkened rooms.

Photography has always been an expensive process, both in terms of construction of the cameras themselves and the actual production of images, and this always added to the value of photographs in the early days. The idea of being able to exactly capture a view of reality as we saw it took the world by storm, and that made photographs even more valuable objects.

But now that the digital era has taken over, it may seem to some of us like the value of each photograph has diminished. The cost of taking photographs has shrunk to virtually nothing other than the cost of the camera itself, no matter whether you’re shooting with a mobile phone or a top-of-the-line DSLR.

So what does all that do the way that we take photos? If you were working in the late 1800s with a single bellows lens camera, a photographic plate for film and a magnesium flare for a flash, you would probably be extremely careful with the photographs you chose to take.

Even if you grew up learning on or working with 20th century film cameras, you were probably still a lot more inclined to be careful with the images you chose to shoot. Film is expensive, and the development process takes time – but digital photography changed all of that very dramatically.

Some film photographers claim that digital destroyed photography, and while I don’t happen to agree, you can understand the point they make. Their contention is that by making it easy to shoot 100 photographs instead of one, the degree of skill is being reduced across the craft of photography.

Of course, this is true in some cases – some digital photographers do shoot that way, but they’re almost never the good photographers. Additionally, you can remind them that Polaroid cameras and disposable cameras already paved the way for this kind of ‘just photograph EVERYTHING’ mentality, and they were both types of film cameras.

Digital is the new normal, and like every total paradigm shift, it can take some time for new modes of working to become apparent to the world at large. There have always been digital photographers who take the time to carefully compose every shot, rather than shooting 500 images when 5 would do.

The time that photographers used to spend on each individual image helped to give rise to the essentials of photographic composition theory, and helped us understand what makes a good photograph. Unlike a painting or a sculpture, much of photography depends on precise timing. If you miss a crucial moment, you don’t get to photograph it from memory.

Instead, you have to balance out a number of factors all at once to make a great photograph: composition choices, perspectives, angles, shutter speed, aperture, focal length, and ensuring that you’re really capturing the emotion of the scene – all in the split second before you click the shutter. 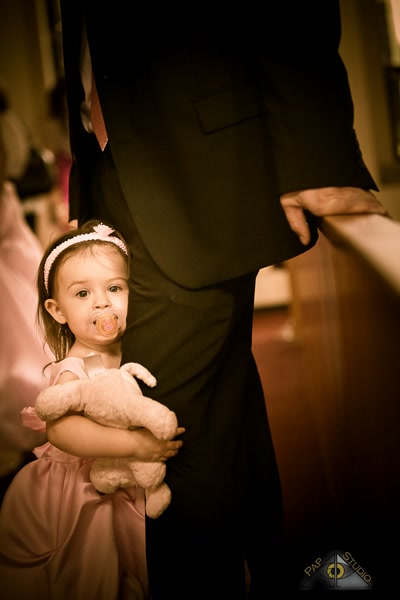 Some of that you can plan out in advance, but not all of it. Digital technology definitely makes the process simpler – after all, can you imagine trying to photograph any large gathering of people moving and interacting on a photographic plate? – but it still requires a great degree of skill and attention to detail on the part of the photographer. The problem is that most modern photographers confuse having the best equipment with creating the best images.

Ansel Adams took some of the most beautiful landscape photographs in the history of photography with a camera often mounted on the top of his car, but he was an incredibly meticulous planner, and unrivalled in the darkroom. Henri Cartier-Bresson used a film SLR to inspire an entire genre of photography, based on nothing more than his intuitive assessments of the exact right time to click the shutter.

Of course, there are times when it can be useful to shoot a huge number of images. Any situation that has rapidly developing action involving a number of people can make it very difficult to plan and compose shots with the precision we would like, but it’s important to appreciate that even when shooting large numbers of images, each should be composed with as much care and attention to detail as possible.

As I like to say, we should focus on the magician, not the magic wand!

If you’re interested in learning more about the importance of the photographer rather than the equipment, or if you’re looking for a skilled photographer who can photograph your next event, feel free to contact me for more information via email at arpi@papstudio.com or by calling